rating based on 17 customer reviews.

" Plow and winch work great!! Only one snowfall so far, but looking forward to more "

" Have not used yet but easy to install and will make plowing easier. A little pricey but same price as other companys. Like the ACI company. " 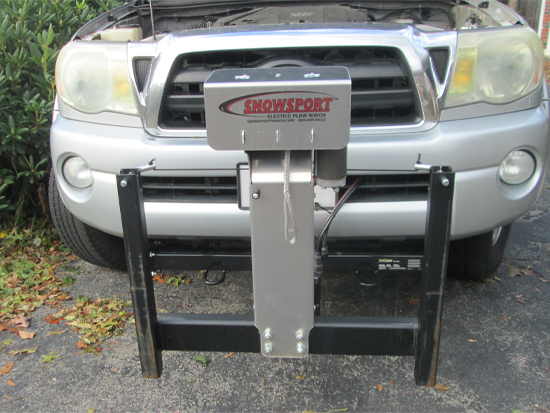 " Winch should be Wireless remote - easier and less wires- it's cheaper too. "

" WOW !! I have driven a commercial grade plow for 20 yrs or so. I plowed the dealership lot i worked at. That plow cost $10,000.00 ish. I got the Snowsport and the winch with the downforce kit. I was skeptical of its ability in the case of a real storm based on appearance vs the pro grade plow I was used to. Boy was I wrong, this plow kicks butt. we just got around three feet of snow and I have a nightmare driveway about 1/8th of a mile with a 8% grade or so. This plow OWNED the snow all the way to the driveway leaving a useable driveway. I am so glad i decide to give this system a try, great job guys for building such a quality product. "

" I love the Snowsport electric snow plow winch,fast delivery just in time for the snow. "

" Love this winch! It makes it so much easier to plow. Also purchased the down strap. Really make the plow much more efficient. "

" We love the winch we got from Agricover. We get a lot of compliments about our snow plowing work all because we apply down pressure and it gets in there to bite off in the snow. We actually got a compliment from someone who has worked at the business we snow plow for the last 10 years. He said we are the first in the past 10 years to come in after so many snow removal companies and do a job like no other. Thank you for an awesome product that helps us do an awesome job! "

" This winch works great however I do have one issue with it. If I leave it sitting for a period of time it drains my battery. As a result I have to unplug it when I am not plowing snow. "

" I already owned the 180 plow and have used it in the trailer hitch of my 2005 Toyota Highlander. I've used it for a couple of seasons and have been pretty pleased with it . I saw the electric winch and hold down strap as new accessories so I wanted to try them with my plow. I spoke with Ed in customer service and he was very helpful . I received the electric winch and upon review realized it was better suited for the larger four bolt frame that the other plows use. I spoke with Ed again and he walked me through what I would need to do to make it work, I ordered the larger frame for the plow and Ed was able to get it shipped the same day so that I would have it before our first significant snow. I installed everything and have used it a couple of times now. The ability to raise and lower the plow from inside the vehicle is fantastic. The hold down strap improves the plows ability to really clean the driveway well and scrape off the snow where it previously left a layer of snow. It cost a few more $ to get it set up but well worth it for me. Thank You! " 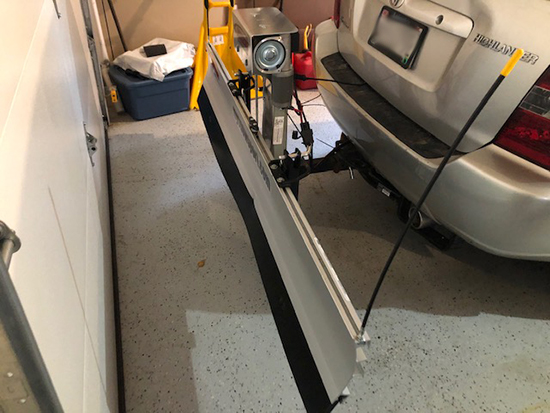